The Rise of Co-Living: Moving Beyond the College Dorm

Co-Living Is More than Just a Micro Unit

Co-living has become an increasingly popular housing option across major cities in the last few years. The premise is simple: a modern, well-appointed rental with short-term leases and similar-minded individuals. While shared, often informal, housing arrangements have always been a staple of domestic living patterns in cities, the contemporary incarnation of co-living has its origins in the tech sector on the West Coast, with “hacker houses.” In these cooperative houses, a group of like-minded, unrelated individuals would join together, living in a large residential property, each with their own bedroom. Common spaces were typically shared, also helping to lower the barrier of entry in expensive markets.

With rising housing costs and a more mobile population, co-living arrangements are moving from an informal market of Craigslist ads to a more established, investor-driven real estate opportunity. There have been a number of new properties cropping up throughout the country over the last two to three years in major metropolitan areas, including Philadelphia, New York, San Francisco, and Washington, D.C. Not only are these properties exciting for developers and investors, they are proving to be wildly popular with Millennials, the key market segment for this product type. It was widely reported that Common, a co-living property in Brooklyn, received over 1,000 applications for just 18 rooms. Typically, these units are cheaper than their traditional counterparts on a per-bed basis, but with less private space. Instead, they offer the convenience of flexible leasing terms, social interactions, as well as an all-inclusive appeal for tenants with fixed-rate utility agreements. With this novel living arrangement, the focus is moving towards a per-unit price, rather than the accepted convention of price per square foot, challenging the typical performance metrics of multifamily development. It is worth noting that this discussion is based on the market response and revenue potential of these concepts, with development and operating costs relative to achievable revenues to be assessed as more projects deliver in different locations and at varied scales.

Co-living differs from micro units in the general inclusion of robust communal spaces within the property and a greater sense of community. Some of the units, specifically the studio units, may well fall within the same size bracket as typical micro units (less than 350 square feet), but this space is coupled with much larger communal spaces, where it is assumed that residents will spend the majority of their free time. As such the building dynamics tend to be different, with communal spaces a key amenity in co-living spaces, effectively extending living spaces.

Micro units in a traditional multifamily building could be considered a step up from group housing, where renters pay a premium for their own, private space. By contrast, co-living also provides an alternative to informal shared housing in a highly amenitized and programmed community, but at a price point well below traditional multifamily rents and largely competitive with the shadow market of Craigslist postings and word-of-mouth referrals.

Co-living rentals offer an enticing value proposition for potential renters in comparison to traditional studio units. The graph below shows the range of rents at three co-living properties, as well as local comparable studio units. The relative value that comes with co-living makes it an enticing concept for many, not just recent graduates, who are interested in the flexibility, high-design features, and optimal location not typically offered in traditional roommate arrangements. This market is also drawn to the instant community, creative culture, and robust shared amenity spaces that are not typical in a traditional multifamily building. The graph shows the relative value (on a per-bed basis) of a co-living concept compared to a nearby studio unit.

Rents below are shown on a 12-month lease, the cheapest monthly rate offered by co-living spaces. Premiums for month-to-month leases will increase these rental rates. Unit sizes are particularly difficult to obtain from properties, which prefer to focus on rents per unit or per bed, but Common’s bedrooms are typically 10’ by 12’, for a 120 square foot room. This generates price per square foot of between $12 and $15, significantly higher than a traditional property in the Brooklyn market. This number does not account for the living space and the associated costs of this, which can skew the numbers somewhat, but does suggest strong financial fundamentals in the face of rising construction costs.

The co-living market opportunity shows no sign of slowing down, with current properties heavily oversubscribed. In June 2016, Common announced a $16m Series B investment,[1] and plans to expand into two new markets—San Francisco and Washington, D.C.—by the end of 2016. WeLive is also expecting to add to its current portfolio of two properties, with additional inventory to further increase their market share in the U.S. and abroad.[2] Adam Neumann, founder of WeWork, confirmed that he expects WeLive to grow quickly, with as many as 34,000 members expected by 2018.[3]

Common, owners of three New York-based brownstone properties, offers “flexible, community-driven housing” according to their website. Common began in the Crown Heights neighborhood of Brooklyn, and has added a second location in the same neighborhood, as well as one in Williamsburg. Typically the properties are built with four suites, each housing four to five bedrooms, with a living room, shared bathrooms, and a kitchen. Amenities include weekly cleaning, West Elm furnished interiors, utilities, and bed linen. Units can be vacated at 24-hours’ notice, with month-to-month contracts furthering flexibility. 12-month rents across properties range from $1,455 to $1,800, depending on location. Common has been a clear success story of the co-living phenomenon with over 5,000 applications received to date across their three properties. The company has plans to expand into new markets in the near future, including Washington, D.C. 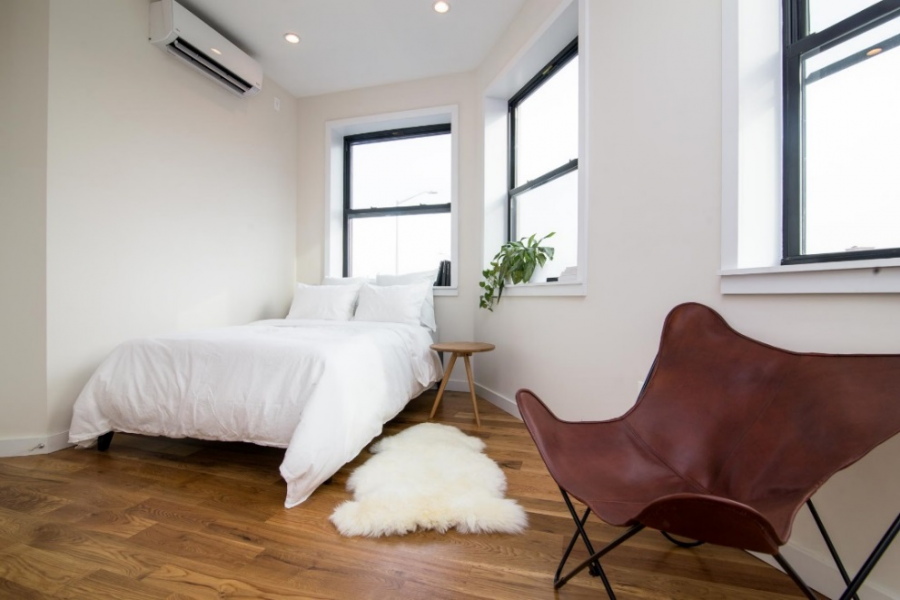 Founder House is a collection of three townhomes in Brooklyn, focusing on creating a community and alumni network for innovators (developers, designers, and tech entrepreneurs). All three of the properties are within 20 minutes of Union Square. Not only does Founder House offer free weekly dinners, but they have goal/brainstorm sessions as well as speaker events and hackathons. These additional events are expected to aid the creative collaboration, and further develop the residents as they look to start their own businesses. The building amenities also cater to the residents living there, with 4K TVs and co-working areas in the properties. Rents typically range from $1,000 to $1,200, plus $200 per month for amenities and programming. Residents share bathrooms, typically with three or four others, and all units come fully furnished. 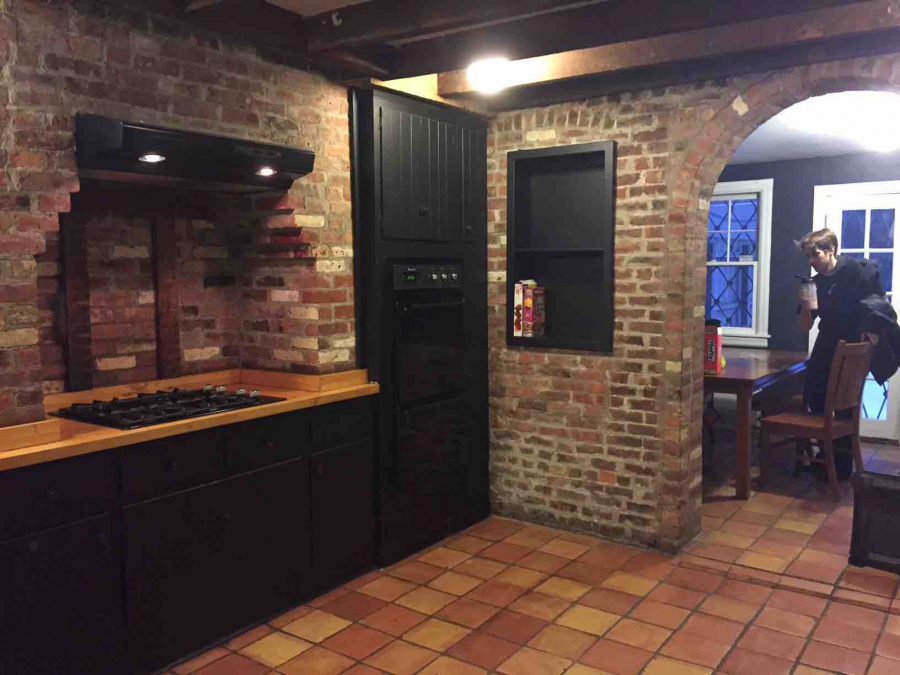 WeLive, a spinoff of WeWork, a communal working concept where tenants can rent desks in fully amenitized office buildings, opened its second property on May 1, 2016, in Crystal City, Virginia, a neighborhood right outside the District’s borders known for its tech-driven government contractors that is encouraging a rising start-up culture. WeLive is seeking to build on the success of this initial concept and branch into the residential market. Unlike other properties, WeLive Crystal City is on a larger scale with over 200 units, which allows for different amenity programming and scale such as a yoga studio and movie theatre. The property is built around three neighborhoods which each connects three floors (72 units) with a communal living space and chef’s kitchen. A $125 monthly amenity fee pays for utilities, Wi-Fi, cable, and monthly cleaning. Additionally, a wider range of units is available than at the other profiled communities; options range from private studios to three-bedroom units (residents sign leases by the unit, not bed). Future residents are also able to stay for a night with a number of units available on a nightly, try-before-you-buy basis. This is currently only offered at the Wall Street location in Manhattan, but is something that will likely be offered in Crystal City in the future. The Crystal City property is also a shared use building, with the top two floors designated as a WeWork location. Interestingly, the number of residents also working in the same property is much lower in Crystal City than in the Manhattan location. The property began leasing in phases, and expects to be fully leased by the end of the summer. Demand is typically from residents in transition, with people attracted by both the concept and sense of community. Despite one-month leases being offered, six- to 12-month leases are most popular. 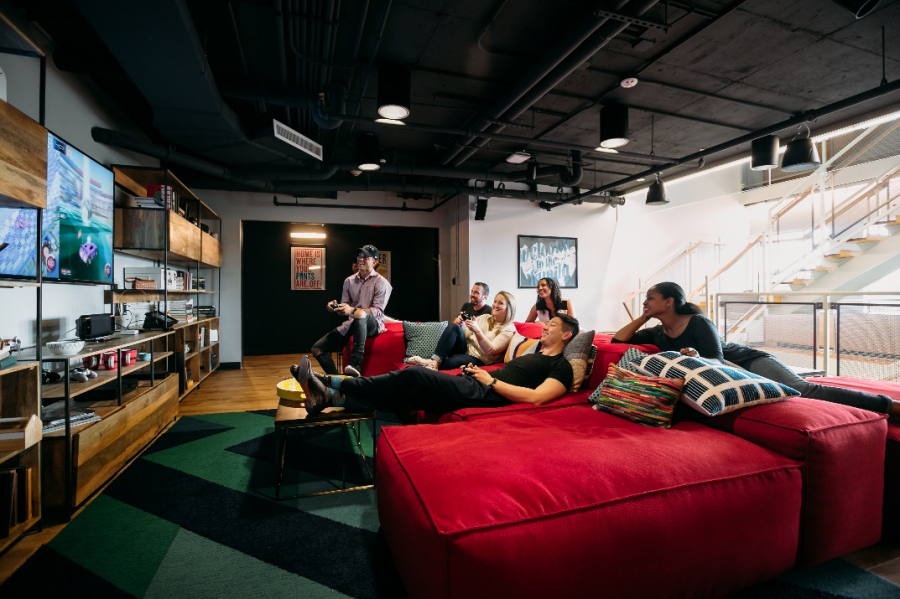 Oslo is a co-living property located in the Shaw neighborhood of Washington, D.C. It is much smaller than WeLive Crystal City, with nine units each housing three to four bedrooms for a total of 33. Unlike other properties, each unit has its own bathroom included. Leases are signed per unit, meaning occupancy typically stays high. If somebody leaves, it is common that they are replaced by another roommate, keeping the original lease intact. 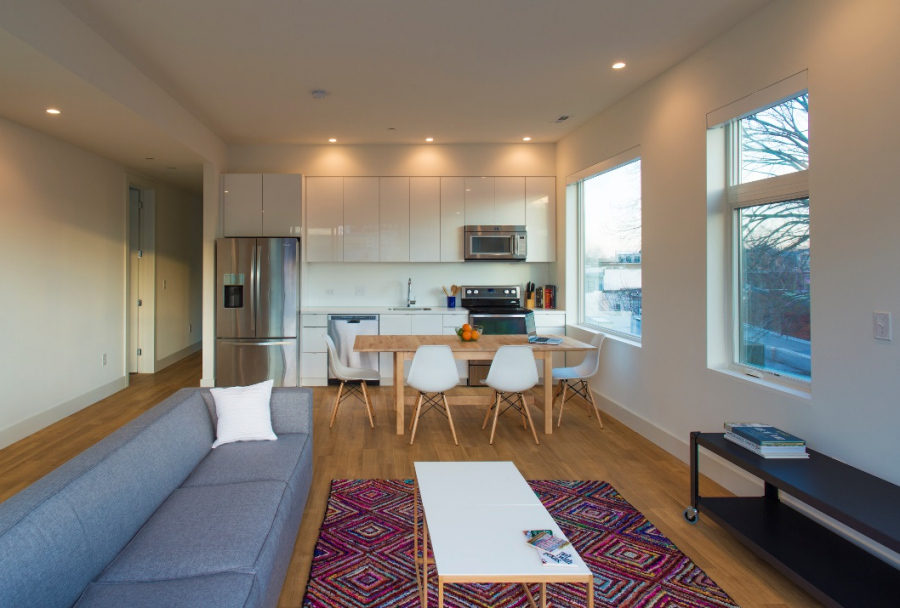