The past several decades have seen dramatic changes in the nation’s retirement patterns. The growing age 65+ demographic segment, driven by the aging Baby Boomer population, will be increasingly forced to contend with adverse economic conditions that magnify trends towards delayed and phased retirement. It is likely that the trends detailed below and the corresponding heightened financial pressures will impact housing demand and preferences.

Changing retirement patterns promise to impact an increasingly large share of the nation’s population as the 65+ age group grows dramatically in coming years. The country’s median age has been consistently increasing since the 1970s to 37.2 as of 2010, and is projected to rise to 40 by 2040. Driven by the same trends, the old age dependency (the ratio of the age 65+ population to the 25-64 year old population) is projected to rise especially dramatically in the coming decade. These trends reflect a range of factors, including improved healthcare systems that have driven increased life expectancies and lower fertility rates.

The primary factor in the aging population, though, has been the maturing demographic bubble described as the Baby Boomer generation: individuals born between 1946 and 1964, who are currently between the ages of 52 and 70. The Baby Boomer cohort comprises 72.9 million people as of 2016 and represents 22.7% of the total U.S. population. The leading edge of the Baby Boomer generation is in the midst of making critical retirement decisions, while individuals in the tail end of the generation are at least a decade away from the traditional retirement age of 65.

Because of the aging Baby Boomers, the 65+ population is increasing rapidly and dramatically. Between 2010 and 2030, it is expected to increase increase by 32 million—an annual average growth of approximately 1.6 million or a compound annual growth rate of 3.0%. Moreover, the 65+ age group is an increasing share of the broader population; by 2030, individuals of the traditional retirement age will comprise one-fifth of the total population.

Baby Boomers are the first generation to contend with substantial changes in post-retirement income sources. The secular decrease in the use of defined benefit retirement plans has introduced a greater degree of uncertainty and risk into retirement income cash flows.

In the 1970s, defined benefit plans, most frequently offered by government, union, or corporate pension funds, were predominant, serving approximately three-quarters of pension fund participants. Since then, challenges with unfunded obligations and macroeconomic trends led to a shift toward defined contribution plans. Today, defined benefit participants comprise less than 30% of all pension fund participants, exposing beneficiaries, rather than the plan sponsors themselves, to greater investment and inflation risks. As a result, relative to defined benefit plans, defined contribution plan participants face greater uncertainty in estimating retirement income streams. The exposure of younger generations to greater market risk through defined contribution retirement was highlighted in the recent financial crisis, in which households aged 55-64, the age group approaching retirement, saw their median net worth decline 25%,[1] and the percentage of households at risk of not maintaining their living standards in retirement increased from 44% to 53%.[2]

Social Security benefits are based on a range of factors, and the formula has changed in recent years. Individuals are eligible to receive benefits at age 62; however, the benefit amount increases substantially for individuals who delay receiving payments until the retirement age, which has traditionally been age 65 but has been gradually increasing and is now age 67 for those born after 1960. Benefits increase further for those who delay Social Security benefits up to the age of 70.

These changes have combined to create greater uncertainty regarding sources of income for individuals nearing retirement age. Beyond increased volatility, retirement income relative to lifetime earnings has decreased. As a result, the purchasing power of today’s retirees relative to previous generations has declined. The decreasing replacement rate (ratio of annual income after age 67 to mean lifetime earnings) for imminent retirees vividly demonstrates the likelihood of more constrained consumption profiles through retirement.

Further constraining the Baby Boomer generation nearing retirement are substantial debt burdens. AARP research indicates that 43% of the 50+ population identifies its current level of debt as a problem. The percentage of individuals assessing their debt as problematic increased by 12 percentage points between 2005 and 2014, likely as a legacy of the Great Recession.

The increasing debt burden among people of retirement age has driven reduced confidence in retirement prospects. Among the 50+ population that has changed retirement expectations in the past year, 80% now expect to retire at a later date.[4] Research from the Center for Retirement Research at Boston College has found that the percentage of households at risk of not maintaining their living standards in retirement has increased steadily.[5] Concurrently, confidence in financial preparation for retirement has declined consistently over the past decade.

These broad trends have fundamentally changed the contemporary retirement landscape. As a growing demographic bubble moves into retirement, the forces of reduced or uncertain retirement income and higher debt loads are certain to impact consumer choices.

Consistent with these trends, there has been a shift away from the traditional concept of retirement at 65 over the past several decades. Instead, individuals have decided to retire later and pursue a “phased” retirement. Phased retirement has led to a growth in “bridge employment,” a term commonly used to refer to jobs that follow full-time employment but precede complete withdrawal from the labor force.

Data from the Health and Retirement Study, sponsored by the National Institute on Aging and the Social Security Administration, suggest that individuals following the traditional concept of one-time permanent retirement are increasingly “the exception rather than the rule.”[6] In their survey, 65% of male Baby Boomer retirees and 74% of female Baby Boomer retirees are participating in a phased retirement, and previous generations of retirees have participated in phased retirement at much lower rates.

Predictably, lower income individuals are more likely to reenter the workforce or be employed in bridge jobs. Reentrance is also positively correlated with youth and good health.[7] The impacts of the Great Recession have exaggerated this trend. A wide array of empirical research has demonstrated that a delay in retirement age was linked to economic changes between 2006 and 2008.[8] Furthermore, researchers have found that a delay in retirement age is highly correlated with an individual’s debt burden.

Although the substantial growth of the age 65+ population (32 million between 2010 and 2030) suggests increasing demand for nearly all housing products catering to this market segment, changing income sources and retirement patterns will continue to impact real estate choices.

Delayed retirement ages and the rise of phased retirement suggest that lifestyle communities with direct access to existing population centers and employment hubs will be increasingly popular. As a greater number of individuals work past the traditional retirement age, employment considerations will be increasingly important in location decisions for those age 65 and over. For these households, economic constraints could preclude moving to a destination retirement community that has a limited employment base. Communities adjacent to or within traditional urban cores and employment hubs will likely realize expanded market penetration.

Furthermore, communities that are able to deliver product that is affordable to cost-conscious retirees will achieve competitive advantages for a market segment facing heightened financial uncertainty. Recent research by Freddie Mac indicates that affordability is the most important factor considered by people over the age of 55 when deciding where to move and live. As affordability considerations increase in significance when making retirement decisions, housing communities that can figure out how to effectively target retirees with limited savings and retirement income will likely capture a larger share of demand in a competitive marketplace.

While the sheer size of the Baby Boomer cohort suggests that there is ample market support for a vast range of retirement-related real estate products, trends in retirement patterns indicate housing that caters to a cost-conscious retiree and offers access to employment centers will be especially well-positioned to capitalize on positive demographic fundamentals. As such, developing a well-segmented development program that offers attractive housing at a variety of price points will be essential in appealing to the broad pool of consumers who increasingly favor affordable retirement housing.

[2] From 2007 to 2010. Alicia H. Munnell and Matthew S. Rutledge, “The Effects of the Great Recession on the Retirement Security of Older Workers,” Center for Retirement Research at Boston College, March 2013.

[5] Alicia H. Munnell and Matthew S. Rutledge, “The Effects of the Great Recession on the Retirement Security of Older Workers,” Center for Retirement Research at Boston College, March 2013. 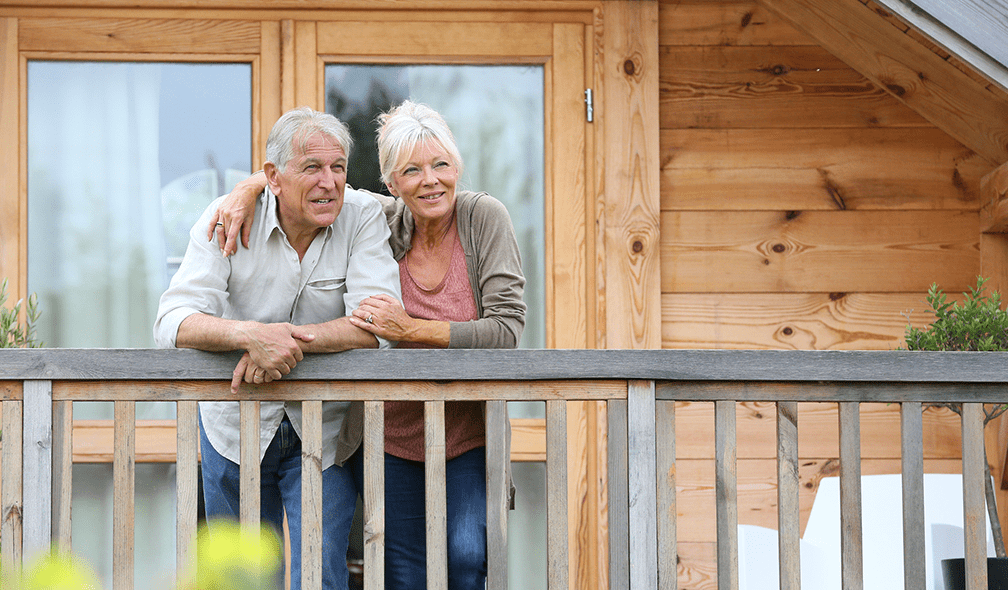