In RCLCO’s last sentiment survey at year-end 2016, respondents reported a new-found optimism for the current real estate market, an impression that was largely buoyed by promised changes coming to the federal government. With the new administration and Republican control of both houses of Congress, positive opinions on the future real estate economy abounded. Many indicated that the likelihood of tax reform, deregulation, and other business-friendly policies would lead to a continued, and perhaps even more robust, economic expansion that has endured for the past eight years following the last recession. This optimistic attitude was in stark contrast to the more negative outlook of the midyear 2016 survey, which, in the fallout of the Brexit vote and poor stock market performance among other factors, had respondents predicting a downturn in 2018.

A key question for this most recent survey was whether this Trump-fueled political euphoria was durable or fading away: whether the bounce in sentiment was a resilient phenomenon, or if there would be a return to the more pessimistic viewpoints that prevailed last summer.

The results from this current midyear 2017 survey are clear: the positive sentiments continue. Enthusiasm for the new president and his ability to deliver on concrete policies has faded. But despite this, real estate and economic outlooks remain cautiously optimistic. There is widespread agreement that while the current cycle may be in the process of sunsetting, fundamental conditions remain strong for the near- to mid-term.

Overall Sentiment Is Down Slightly, but in Line with Previous Projections

Sentiments about current national real estate conditions are flat or slightly below where they were six months ago. Slightly over one-half (52%) of survey respondents say national real estate market conditions are moderately or significantly better today than they were 12 months ago. This is four percentage points lower than in the year-end 2016 survey. The share of respondents reporting worse market conditions today than one year ago remains a small minority (16%), which is nearly equal to the results from the last survey (15%).

The very slight decline in sentiment is reflected in RCLCO’s Real Estate Market Index (RMI),[1] which measures sentiment on a 100-point scale. The RMI declined to 68.0, which is just 2.8 points below where it was six months ago. This decline was anticipated by respondents in the last survey, who correctly predicted the current RMI within half a point. The current projections for future sentiment also align with the projections from six months ago, with both survey results indicating that the RMI is expected to decline to the low-60s within the next 6-12 months.

Despite the abrupt decline in sentiment in midyear 2016 and subsequent increase in the RMI at year-end 2016, sentiment has generally been trending down since mid-2015. Current sentiment is somewhat lower today than it was six months ago, and respondents predict sentiment will be lower this time next year. In other words, the real estate markets continue to experience the characteristics of the mature phase of the current real estate cycle.

Respondents in midyear 2016 were decidedly more pessimistic than those in the year-end 2016 or the current midyear 2017 surveys. Respondents from a year ago seemed nervous about the future, with results from the Brexit vote, declining oil prices, and a sluggish stock market weighing heavily on predictions for the future. This left 80% of respondents anticipating the next real estate downturn beginning in 2018 and pushing the RMI to the low-60s with expectations that it would trend downward to the low-50s within 12 months.

“Trump Bump” Stumbles, but Presidential Impact May Be Largely Irrelevant

The year-end 2016 survey highlighted the anticipated impact that the newly elected president, with the support of a Republican congress, would have on real estate markets over the coming year. Respondents were generally optimistic about the benefits that the promised pro-business policies would have, with 59% predicting that the new administration would have a somewhat or very positive impact on U.S. real estate markets. This positive outlook stood in stark contrast to the 17% who anticipated that then President-elect Trump would have a negative impact, worrying about his unpredictability and lack of detail around his policy proposals.

After about five months in office, the lack of major legislative accomplishments, accompanied by a slew of political and media stumbles and distractions, have left respondents much less optimistic about President Trump’s ability to positively impact U.S. real estate markets. Just over a third of respondents (36%) see Trump as having a somewhat or very positive impact over the next 12 months, which is a decline of 23 percentage points from six months ago. This drop in optimism is also reflected in the uptick in the percentage of respondents expecting Trump to have a negative impact on real estate markets, with 28% anticipating a negative impact compared with 18% of respondents in the last survey.

However, in the most recent survey this relationship, while not fully broken, has at least been weakened. One-in-ten respondents in this survey believe President Trump will have a negative impact on the markets, and yet they still expect that real estate conditions will improve in the next 12 months. This is up from 2% in the last survey. The opposite dynamic has occurred among those who anticipated both a positive impact of the Trump presidency and improved conditions in U.S. real estate markets overall. In this survey, only 22% shared optimism for both Trump and U.S. real estate markets, a nearly 50% decline from six months ago. This disconnect reflects that while optimism for Trump has fizzled acutely, the overall decline in positive expectations has declined much more moderately for respondents overall.

This continued and cautious optimism about the state of the real estate market continues from year-end 2016 and is reflected in predictions on timing for the next real estate downturn. Nearly two-thirds of midyear 2017 respondents (65%) believe that the downturn will begin in 2019, a sizeable increase from the 39% in the last survey. There are also fewer respondents (26%) predicting a downturn next year, compared with 40% in both the midyear and year-end 2016 surveys. Fewer than one in 10 respondents believe that the downturn will occur this year.

RCLCO’s Market Sentiment Survey tracks the sentiment of a highly experienced pool of real estate professionals from across the country and across the field. Sixty-three percent of respondents have worked in the real estate industry for 20 years or more, and 81% of respondents are C-suite or senior executives in their organizations.

Developers and builders comprise the largest share of respondents, at 37% of the sample. Another 22% are investors or capital allocators, followed by 9% in design or architecture firms. The remaining quarter of respondents come from a variety of other types of organizations within the real estate industry.

The respondent mix is weighted towards those who report working primarily in coastal markets and Sunbelt locations, which is reflective of the markets where a large share of development activity has occurred this cycle. 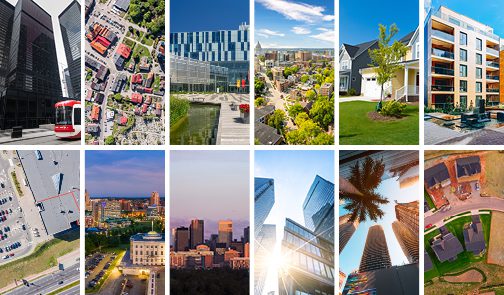 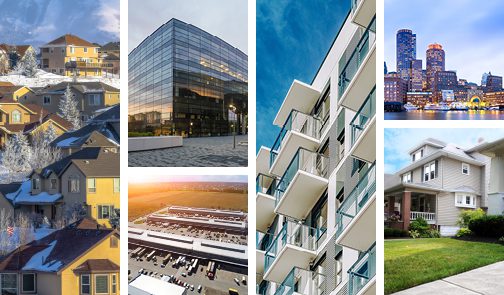